(1) The most important qualities that must be cultivated by anyone who calls others to the truth are tenderness, magnanimity, and forbearing. Such a person should also have the capacity to tolerate the lapses of his companions and to patiently endure the excesses of his opponents. He should also be able to keep his cool in the face of grave provocation and gracefully connive at the offensive behaviour of others. In facing the angry words, slander, persecution and mischief of his opponents, he should exercise the utmost self-restraint. Harshness, severity, bitterness. and vindictive provocativeness on his part are bound to undermine his mission. The same point seems to have been made in a Hadith in which the Prophet (peace be on him) says that he has been commanded by his Lord: '...to say the just word whether I am angry, or pleased; to maintain ties with him who severs ties with me; and to give to him who denies me (my right); and to forgive him who wrongs me.' (See the comments of Qurtubi in his Tafsir on the verse - Ed.) The Prophet (peace be on him) also instructed all those whom he deputized for preaching: 'Give good news rather than arouse revulsion: make things easy rather than hard.' (Muslim, Kitab al-Ilm, Bab fi al-amr bi al-Taysir wa Tark al-Ta'sir'- Ed.) This distinguishing feature of the Prophet's personality has also been mentioned in the Qur'an.

It was thanks to Allah's mercy that you were gentle to them. Had you been rough, hard-hearted, they would surely have scattered away, from you (AI 'Imran 3: 159).

(2) The second key to the success in da'wah work is to stay away from excessive theorizing and intellectual hair-splitting. One should rather call people in clear and simple terms to those virtues which are recognized as such by the generality of mankind and appeal to common sense. The great advantage of this method is that the Message of Islam finds its way right to the hearts of people at all levels of understanding. Those who then seek to oppose the Message are soon exposed and end up antagonizing the common people. For when the common people obserse on the one hand decent and righteous people being opposed for the simple reason that they are inviting people to universally-known virtues, and on the other hand observe those opponents resorting to all kinds of immoral and inhuman means, they are bound to incline to support the standard bearers of truth and righteousness. This process goes on until a point where the only opponents left are those whose self-interest is inextricably linked with the prevailing unrighteous system, or those's who have been totally blinded by their bigoted adherence to ancestral tradition or by their irrational biases.

The wisdom underlying the Prophet's method accounts for his phenomenal success and for the speedy spread of Islam in and around Arabia within a short span of time. People flocked to Islam in vast numbers so much so that in some lands eighty and ninety per cent of the population embraced Islam. In fact there are even instances of a hundred per cent of the population embracing Islam.

(3) The interest of the Islamic mission requires, on the one hand, that righteousness should be enjoined on those who have the propensity to become righteous. On the other hand, it also requires that those who are overly insistent in their adherence to falsehood, should be left alone, and that their acts of provocation be ignored. Those who seek to spread Islam should confine their efforts to persuading only those who are prepared to consider the Message of Islam in
reasonable manner. When someone becomes altogether unreasonable and quarrelsome, and resorts to indecent methods of taunting and reviling Islam, Muslims should simply refuse to become adversative. For all the time and effort devoted to reforming such people will be totally wasted.

(4) The moment the proponent of the Islamic Message feels that he is being provoked by the excesses, mischief, and uncalled-for objections and accusation, he should realize that he is being influenced by Satan. In such a situation he should immediately seek refuge with God, and restrain himself lest his impulsiveness damage his cause. The cause of Islam can be served only by those who act cool-headedly. Only those steps are appropriate which have been taken after due consideration rather than under the influence of impulse and emotion. Satan, however, is ever on the look-out for opportunities to sabotage the efforts made in the cause of Islam. He, therefore, ensures that those who are working for the Islamic cause are subjected to unjust and mischievous attacks from their opponents. The purpose underlying this is to provoke the workers for the cause of Islam to engage in the senseless and harmful task of mounting counter-attacks against their opponents.

The appeal that Satan makes to those well-meaning, religious people is often couched in religious phraseology and is backed up by religious argument. But the fact is that those counter-attacks are undertaken merely under the impulse of man's lower self. The last two verses, therefore, make it clear that those who are God-fearing are always very sensitive to provocations under the impulse of Satan, and as soon as they become aware of such a provocation, they promote the best interests of the cause of truth rather than satisfy their vengeful feelings. As for those who are driven by egotistical impulses, they succumb to the promptings of Satan and are eventually set on an erroneous path. They fall victim to Satan, act virtually as his puppet, and subsequently their degradation knows no limit. They pay their opponents back in the same coin, tit for tat.

What has been said above also has another import. It seeks to remind the God-fearing that their ways should be perceptibly different from the ways of those who do not fear God. The God-fearing not only avoid evil, but the very idea of committing it pricks their conscience and rankles their hearts. They have an instinctive revulsion against evil, a revulsion similar to what a cleanliness-loving man feels at the sight of a big stain or a splash of filth on his clothes. This feeling causes the God-fearing to remove every stain of evil. Quite contrary are those who have no fear of God, who have no desire to stay away from evil and who are in harmony with the ways of Satan. Such people are always given to evil thoughts and wrong-doing.
(Tafheemul Quran) 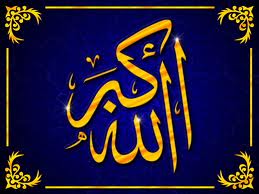 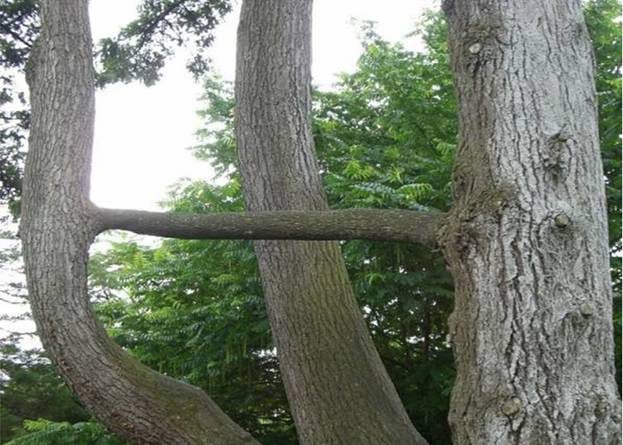