The period of the revelation of verses of The Quran, given below, is about 9 A.H., when a delegation from the Christian republic of Najran visited the Prophet (s.a.a.w.).  Najran lies between the Hijaz and Yaman, and comprised, at that time, seventy-three towns and villages. Its population can be gauged from the fact that an estimated one hundred and twenty thousand men could bear arms. The entire population was Christian and was under the hegemony of three Christian chiefs. The first of these, 'aqib, was the head of the community. The second, sayyid, looked after the collective and political affairs of the people. The third, usquf (bishop), was their religious leader. (See Ibn Hisham, vol. 1, p. 573; Ibn Ishaq, Life of Muhammad, tr. A. Guillaume, pp. 270 f. - Ed.)

When the Prophet annexed Makka, the whole of Arabia became convinced that the future of the area was bound up with him, and deputations from all parts of the peninsula began to visit him. In this connection the three chiefs of Najran came to Madina accompanied by sixty people. It was on this occasion that God revealed this discourse; it served as an invitation to the people of Najran to accept Islam.

(3:33) Truly Allah29 chose Adam and Noah and the descendants of Abraham and of 'Imran30 above all mankind. (3:34) (for His messengership) - a people alike and the seed of one another.31 Allah is All-Hearing, All-Knowing. (3:35). (He also heard) when the woman of 'Imran32 said: 'O Lord! Behold, unto You do I vow that the child in my womb is to be devoted to Your exclusive service. Accept it, then, from me. Surely You alone are All-Hearing, All-Knowing.'33 (3:36) But when she gave birth to a female child, she said: 'O Lord! I have given birth to a female' - and Allah knew full well what she had given birth to - 'and a female is not the same as a male.34 I have named her Mary and commit her and her offspring to You for protection from Satan, the accursed.' (3:37) Thereupon her Lord graciously accepted Mary and vouchsafed to her a goodly growth and placed her in the care of Zechariah. Whenever Zechariah35visited her in the sanctuary,36 he found her provided with food. He asked her: 'O Mary, how did this come to you?' She said: 'It is from Allah. Allah provides sustenance to whom He wills beyond all reckoning.' (3:38) Then Zechariah prayed to his Lord: 'O Lord! Grant me from Yourself out of Your grace the gift of a goodly offspring, for indeed You alone heed all Prayers.'37 (3:39) As he stood praying in the sanctuary, the angels called out to him: 'Allah gives you good tidings of John (Yahya),38 who shall confirm a command of Allah ,39 shall be outstanding among men, utterly chaste, and a Prophet from among the righteous.' (3:40) Zechariah exclaimed: 'My Lord! How shall I have a son when old age has overtaken me and my wife is barren?' He said: Thus shall it be;40 Allah does what He wills.' (3:41) Zechariah said: 'O my Lord! Appoint a sign for me.'41 The angel said: 'The sign for you shall be that you shall not speak to men for three days except by gesture. Remember your Lord and extol His glory by night and by day.'42

(3:42) Then came the time when the angels said: 'O Mary! Behold, Allah has chosen you, and made you pure, and exalted you above all the women in the world. (3:43) O Mary! Remain devout to your Lord, and prostrate yourself in worship, and bow with those who bow (before Him).' (3:44) (O Muhammad!) We reveal to you this account from a realm which lies beyond the reach of your perception for you were not with them when they drew lots with their pens about who should be Mary's guardian,43 and you were not with them when they disputed about it. (3:45) And when the angels said: 'O Mary! Allah gives you the glad tidings of a command from Him: his name shall be Messiah, Jesus, the son of Mary. He shall be highly honoured in this world and in the Next, and shall be one of those near stationed to Allah. (3:46) And he shall speak to men in the cradle and also later when he grows to maturity and shall indeed be among the righteous.' (3:47) She said: 'O my Lord! How shall I have a son when no man has ever touched me?' The angel answered: Thus shall it be.44 Allah creates whatever He wills. When He decides something, He merely says: "Be" and it is. (3:48) And He will teach him the Book, the Wisdom, the Torah, the Gospel, (3:49) and he will be a Messenger to the Children of Israel.' (And when he came to them he said): 'I have come to you with a sign from your Lord. I will make for you from clay the likeness of a bird and then I will breathe into it and by the leave of Allah it will become a bird. I will also heal the blind and the leper, and by the leave of Allah bring the dead to life. I will also inform you of what things you eat and what you treasure up in your houses. Surely this is a sign for you if you are true believ-ers.45 (3:50) And I have come to confirm the truth of whatever there still remains of the Torah,46 and to make lawful to you some of the things which had been forbidden to you.47 have come to you with a sign from your Lord; so have fear of Allah and obey me. (3:51) Surely, Allah is my Lord and your Lord; so serve Him alone. This is the straight way.'48 (3:52) And when Jesus perceived their leaning towards unbelief, he asked: 'Who will be my helpers in the way of Allah?' The disciples49 said: 'We are the helpers of Allah. We believe in Allah,50 and be our witness that we have submitted ourselves exclusively to Allah. (3:53) Our Lord! We believe in the commandment You have revealed and we obey the Messenger; make us, then, one of those who bear witness (to the Truth).' (3:54) Then they schemed (against the Messiah), and Allah countered their schemes by schemes of His own. Allah is the best of schemers.

(3:55) (And it was part of His scheme) when Allah said: 'O Jesus! I will recall you51 and raise you up to Me and will purify you (of the company) of those who disbelieve,52 and will set your followers above the unbelievers till the Day of Resurrection. Then to Me you shall return, and I will judge between you regarding what you differed. (3:56) As for those who disbelieved, I shall punish them with a terrible chastisement in this world and in the Next; and they shall find none to help them. (3:57) But those who believe and do righteous deeds, He will reward them in full. Allah does not love the unjust.' (3:58) What We recite to you consists of signs and wise admonition.(3:59) Surely, in the sight of Allah, the similitude of the creation of Jesus is as the creation of Adam whom He created out of dust, and then said: 'Be', and he was.53 (3:60) This is the truth from your Lord; be not, then, among those who doubt.54 (3:61) Tell whoever disputes with you on this matter after true knowledge has come to you: 'Come! Let us summon our sons and your sons, and our women and your women, and ourselves and yourselves, and then let us pray together and invoke the curse of Allah on those who lie.'55 (3:62) This is the true story. There is no God but Allah, and assuredly Allah is All-Mighty, All-Wise. (3:63) And if they turn their backs, truly Allah knows those who cause mischief.

Reference: Towards Understanding the Quran, http://www.islamicstudies.info/tafheem.php 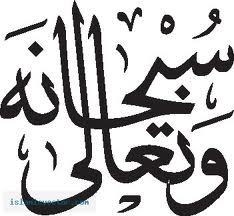